Cyclamen = ‘circle’ or ’round’ (referring to the tuber’s shape) ; persicum = ‘of Persia’
Primulaceae 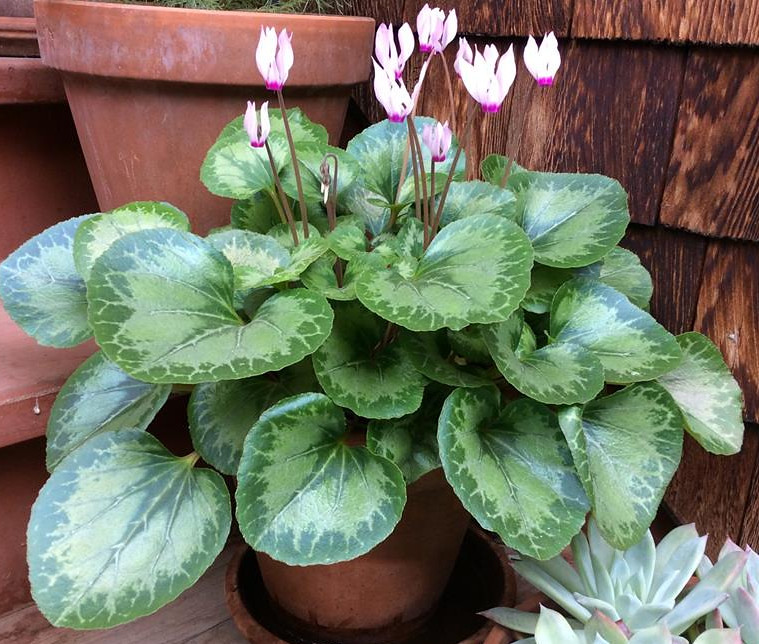 Exhibited by Richard Turner, San Francisco, March 2017
This easily grown flowering plant is an important parent of the common ‘florist’s cyclamen’, with smaller, more graceful flowers. With handsome leaves and clusters of spring flowers, it is dormant in summer. Native to Turkey, Jordan, and Israel. Also found in Algeria, Tunisia, and some Greek islands, where is it though to have been introduced by traveling monks.

Exhibited by Wayne Roderick, Orinda, January 2000
This is the main ancestor of the “Florist’s Cyclamen”. A flower of the wild form was shown; a uniform light pink flower of c. 1.25″. Some forms of the species are deliciously fragrant.