Jack also showed a new acquisition—a “crest or fasciated” form of Myrtillocactus geometrizans. Again perfectly grown, the “brain shaped” form was a bright blue and appeared thornless. This species which is fast growing in its normal club shape is often used by cactus growers in Southern California as the root stock onto which are grafted difficult to grow taxa. It is native to central Mexico, can be arboreal and up to 13′ tall. It produces diurnal small white flowers followed by edible berries and though not especially hardy does well as root stock as long as it can be kept dry in winter. 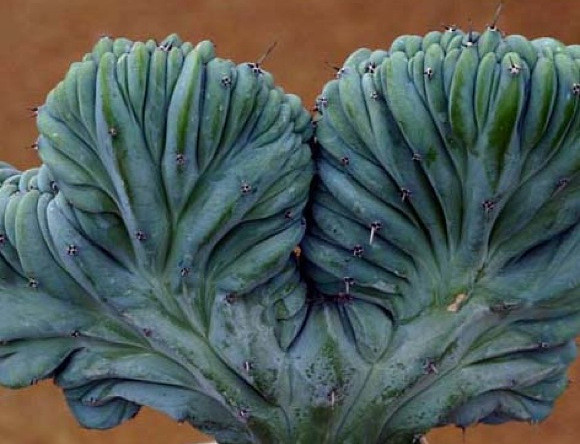 Jack also shared a “Black Calla”, an arum frequently grown in Bay Area gardens which was a gift from Mrs. Helen Tivol at dinner. (PS-I want one too!!) Dr. Fred Coe identified it as a form of Arum italicum but it keys out much closer to Arum palaestinum. In all likelihood it is a complex hybrid and many find it in old gardens. The ones in my garden are darkish red overlaid with black—this Tivol form was pure ‘Black Velvet’ and should be so dubbed. 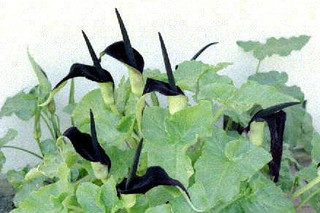