“The Lenten rose (Helleborus orientalis) arguably lays claim to the showiest flowers in the genus. They nod gracefully or are out-facing, held free of the leaves on branched stalks. Large, graceful flowers in a variety of colors give H. orientalis and its hybrids preeminent status. Long referred to as ‘Orientalis hybrids,’ modern garden hybrid hellebores (H. ×hybridus) are actually complex hybrids involving H. orientalis and many other species.” Not Your Mother’s Hellebores: A New Look at Species and Hybrids (Part 2), Pacific Horticulture, January 2008

Exhibited by Frederick Coe, Ross, February 2002
Fred brought two color forms, both blooming in 1 gallon pots. The darker one, a dusky purple-black was much admired. It had been purchased at a Seattle flower show from a grower on Vashon Island. Helleborus orientalis is long-lived in part-shade with moderate water and will self sow. The species is native to Turkey and The Caucasus. (text by Kristin Jacob) 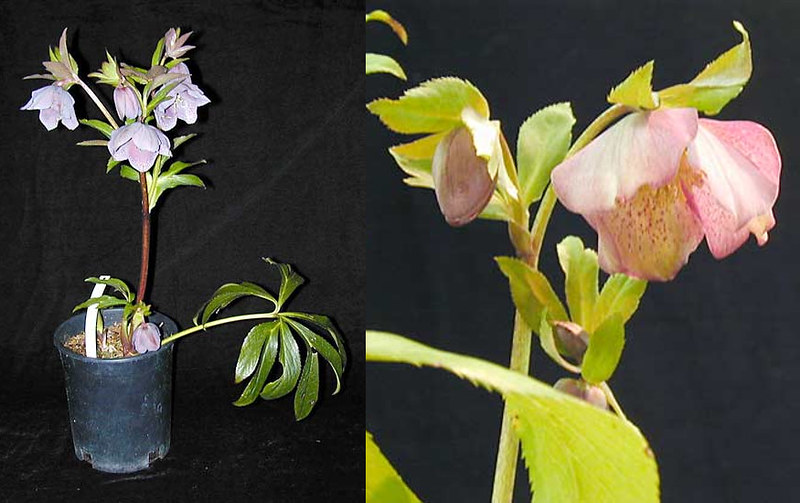 Exhibited by Wayne Roderick, Orinda, January 2000
This is not a species but a hybrid swarm which continues to grow in popularity as a winter-blooming perennial. The range of colors is astonishing from shades of green and cream to near black and maroon. 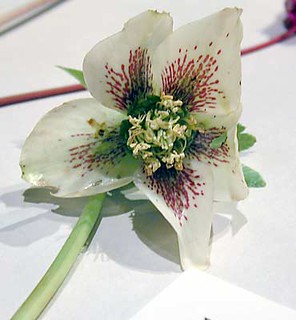